Contemporary art can be defined as the art of our time, produced from the second half of the 20th century to the present moment. Made all over the world every day, contemporary art is constantly changing and is as varied as the artists who make it. The Department of Contemporary Art carries the MFA’s broad and deep collection, which includes objects dating as far back as the Neolithic period, into the present by collecting, researching, and presenting art made in recent decades. The growing collection includes more than two thousand works in a wide variety of media. Because the department seeks to collect works that reflect the breadth of art-making practices globally, many works are acquired collaboratively and shared with other curatorial departments at the MFA. At the Museum, the contemporary collection is primarily presented in the Linde Family Wing for Contemporary Art, though works also appear in galleries throughout the building.

The MFA has exhibited and collected work by living artists since as early as 1880, though it was slow to fully embrace these practices. It was not until 1956 that the MFA first dedicated a gallery to art made in the 20th century. In 1971, the year after the Museum’s centennial anniversary, the Department of Contemporary Art was officially formed. In its early years, the department was tasked by the Museum’s Board of Trustees with “the collecting, exhibiting, and publishing of all forms of art, European and American, dating from 1945 to the present.” (In 1992, this designation changed to 1955 to the present.) As the department moved forward with this program, it developed several areas of strength, including deep holdings in American abstract painting from the 1950s and, with the dedication of the Daphne and Peter Farago Gallery in 2011, contemporary craft. Due to dominant ideas about art at the time of the department’s formation, the earliest objects to enter the collection were made by white, Euro-American, mostly male artists, creating a lack of broad representation for practicing artists and their diverse modes of making.

The Department of Contemporary Art Today

Today, the Department of Contemporary Art collects and presents art from a wide range of contexts, showcasing artists with many distinct backgrounds and lived experiences, and welcoming local, national, and global voices. As it grows, the collection increasingly represents contemporary art in myriad forms and transcends traditional divisions between media. As curators in the Department of Contemporary Art continue to shape the collections to better reflect the diversity of artistic practice today, they also seek to deepen and reframe the histories of art in our time, foregrounding narratives and perspectives the MFA has historically underrepresented.

Get in touch with the curators via the Department Contacts page. 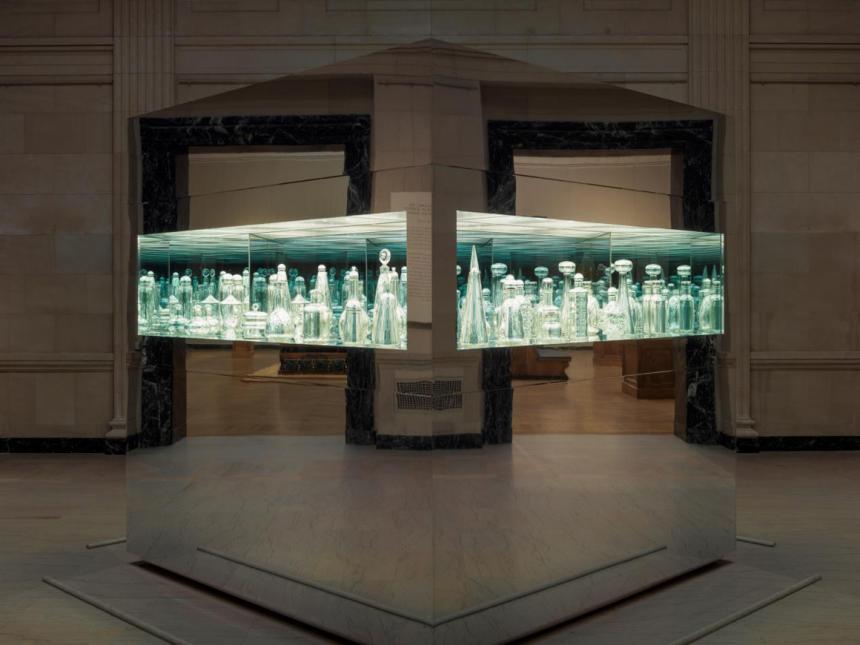 A unique opportunity for upper level members to take a deep dive into the collections. Join Curators Circle: The Contemporaries for a year of collection-focused programming with curators and experts.

The Daphne and Peter Farago Gallery is the MFA’s dedicated space for contemporary craft. Some of the works here connect to the postwar studio craft…

Writing the Future
Basquiat and the Hip-Hop Generation

In the early 1980s, graffiti transitioned from walls and subway trains into art galleries. This book captures the energy and resistance unleashed when hip-hop went “all city.”