Art of the Americas

The MFA’s Art of the Americas Wing brings together hundreds of works made throughout North, Central, and South America and the Caribbean by artists from many cultures and nations. Spanning 3,000 years, from the ancient civilizations of Mesoamerica to the modern art capitals of Mexico City and New York, these objects embody the essential human desire to create meaning and beauty through art and craft, a drive shared by artists free and enslaved, trained and self-taught, immigrant and Indigenous. Shaped by global contexts of migration, war, commerce, politics, and cultural exchange, the works on view hold many stories and reflect a range of ideas about the Americas and Americanness—as a place, an identity, and an aspiration.

Featuring works by creative voices from across the Americas, from long-beloved icons to recent acquisitions, the display asks new questions about old stories, recovers lost histories, reconsiders conventional accounts of the past, and seeks to highlight cultures and artists the MFA has historically underrepresented—among them women artists, Indigenous artists, Black artists, artists of color, and self-taught or folk artists. This work is ongoing: frequently reimagined installations explore multiple perspectives and invite visitors to voice feedback and suggestions, which go directly to MFA curators. This inclusive vision challenges assumptions and inspires fresh ways of thinking about the art, culture, and history that shape our world today.

The MFA’s iconic collection of 18th-century American art includes Paul Revere’s Sons of Liberty Bowl (1768), John Singleton Copley’s portraits of famous Boston revolutionaries, and the riveting image Copley painted after leaving Boston to settle in London, Watson and the Shark (1778). Mahogany furniture, silver tea sets, and other luxury objects show how colonists relied on international trends, global trade, and the work of enslaved laborers, even as they fought for independence from the British government. The Colonial Latin America gallery (Gallery 135), which highlights Mexican casta paintings and liturgical objects, as well as an important portrait by Miguel Cabrera, offers different narratives of colonial life and the arts, both oppressive and transformative.

Art of the Americas Wing, Level 1

Level 2 showcases the broad cross-cultural influences that characterize the 19th century in the United States, a period that was marked by the Civil War and, like the present day, was poised between domestic concerns and international ambition. Themes of nationalism and cosmopolitanism are explored in paintings, sculpture, and decorative arts; featured artists include Mary Cassatt, Winslow Homer, Thomas Eakins, Henry Ossawa Tanner, John La Farge, Louis C. Tiffany, Harriet Hosmer, Fitz Henry Lane, and John Singer Sargent, whose enigmatic painting The Daughters of Edward Darley Boit (1882) welcomes visitors into the galleries.

Art of the Americas Wing, Level 2

A reinstallation—or “takeover”—of the Level 3 of the Art of the Americas Wing, “Women Take the Floor” challenges the canonical history of 20th-century art in the Americas by highlighting the overlooked and underrepresented work and stories of women artists. Seven themed galleries offer a range of artistic responses to the modern age, among them Georgia O’Keeffe’s Deer’s Skull with Pedernal (1936), Löis Mailou Jones’s Ubi Girl from Tai Region (1972), Joan Mitchell’s Chamonix (about 1962), and ceramics by Toshiko Takaezu.

Art of the Americas Wing, Level 3 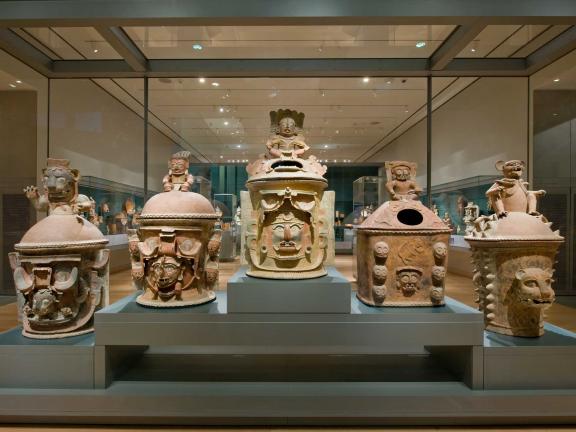 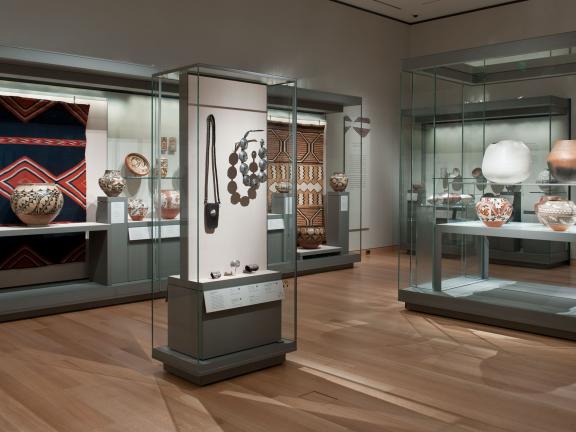 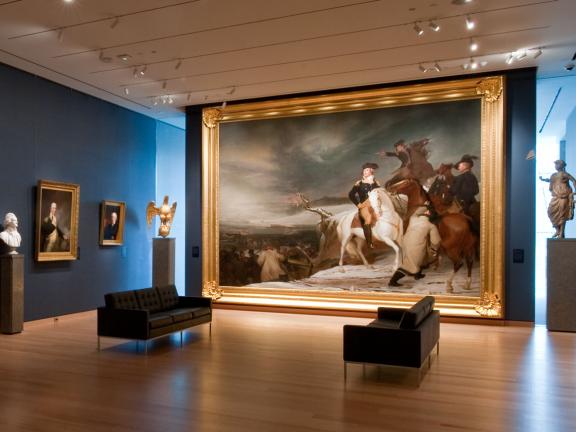 Boston on the Eve of Revolution and The New Nation 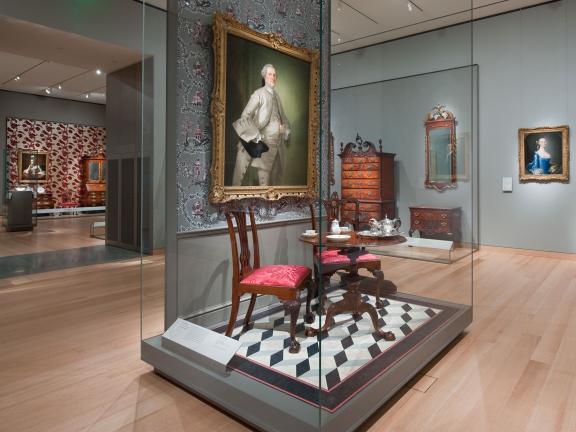 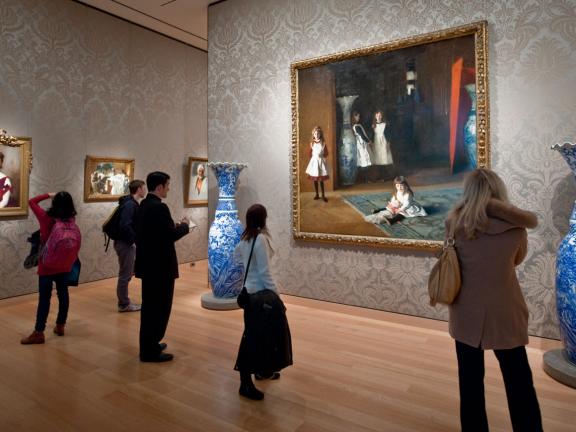 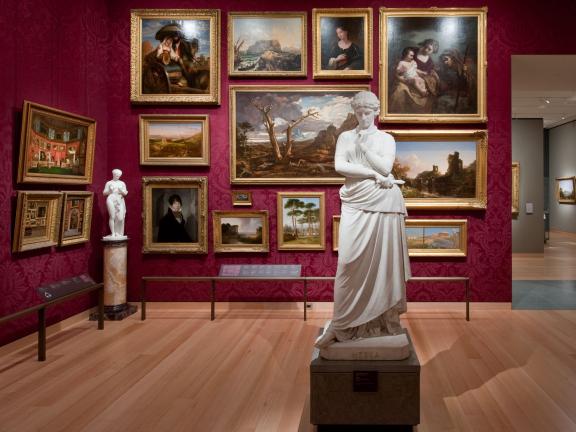