“To live with Sargent’s water-colours is to live with sunshine captured and held,” according to the painter’s first biographer. Presenting more than 90 of Sargent’s dazzling works, this exhibition, co-organized with the Brooklyn Museum, combines for the first time the two most significant collections of watercolor paintings by John Singer Sargent (1856–1925), images created by a consummate artist with daring compositional strategies and a complex technique. “John Singer Sargent Watercolors” also celebrates a century of Sargent watercolors at the Museum of Fine Arts, Boston.

“John Singer Sargent Watercolors” offers visitors an unprecedented opportunity to view the magnificent works Sargent produced between 1902 and 1911, when he was at the height of his artistic powers and internationally recognized as the greatest American painter of his age. His bold and experimental approach to the medium caused a sensation in Britain and great excitement in America. The Brooklyn and Boston holdings (never before explored in a focused exhibition) were purchased by the two museums straight from Sargent’s only two American watercolor exhibitions, held at Knoedler Gallery in New York. (Brooklyn acquired its collection in 1909, and the MFA in 1912.) These daringly conceived compositions (along with a select group of oils), made in Spain and Portugal, Greece, Switzerland and the Alps, regions of Italy, Syria and Palestine, demonstrate the unity of Sargent’s artistic vision after the turn of the 20th century, when he sought to liberate himself from the burden of portrait commissions and to devote himself instead to painting scenes of landscape, labor, and leisure.

The exhibition is accompanied by a full-color catalogue exploring Sargent’s engagement with watercolor painting and examining the technical mastery that led to such brilliant work.

Sponsored by Bank of America.

Media sponsor is The Boston Globe.

Additional support provided by the Mr. and Mrs. Raymond J. Horowitz Foundation for the Arts and the National Endowment for the Arts.
This exhibition is organized by the Museum of Fine Arts, Boston, and the Brooklyn Museum. 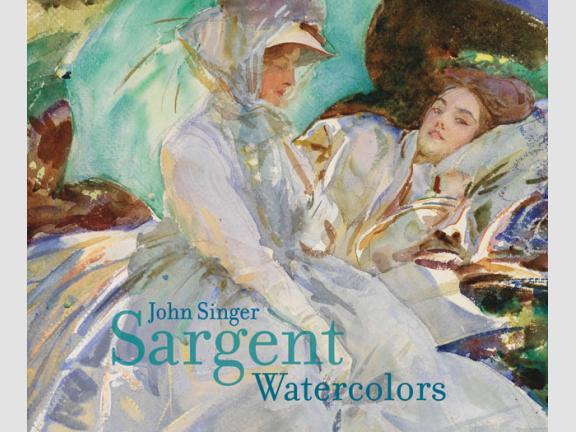