The Postcard Age
Selections from the Leonard A. Lauder Collection

In the decades around 1900, postcards were Twitter, email, Flickr, and Facebook, all wrapped into one. A postcard craze swept the world, and billions of cards were bought, mailed, and pasted into albums. Drawing on the riches of the Leonard A. Lauder Postcard Collection, probably the finest and most comprehensive collection of its type, this lavishly illustrated catalog traces how big historical and cultural themes of the modern age—enthralling, exciting, and sometimes disturbing—played out on the postcard’s tiny canvas. The first general work on the postcard as an artistic medium since the mid-1970s, The Postcard Age is organized thematically, with chapters devoted to subjects including urban life, the changing role of women, sports, celebrity, new technologies, the stylish collectors’ cards of the art nouveau, and World War I. The result is at once a vivid picture of the cares, concerns, and pastimes of the decades around 1900 and a tempting sampler of the artistic and historical riches contained within the 100,000 cards of the Lauder Collection.

Benjamin Weiss is Leonard A. Lauder Curator of Visual Culture at the Museum of Fine Arts, Boston. Lynda Klich is Distinguished Lecturer, Art and Art History Department and Macaulay Honors College at Hunter College, CUNY. Leonard A. Lauder is the Chairman Emeritus of the Estée Lauder Cosmetics Company.

Foreword Reviews Book of the Year

Postcards from the Edge

Cards to Write Home About

The Postcard Age in Bust Magazine

Bust Magazine's Lan Truong explores some of the more controversial postcards featured in the book.

"Few scholarly histories of the postcard are available in print, and even fewer surveys of the aesthetic possibilities of the postcard. Thus, this informed, gracefully written survey by Klich and Weiss...will become a standard work in the field." 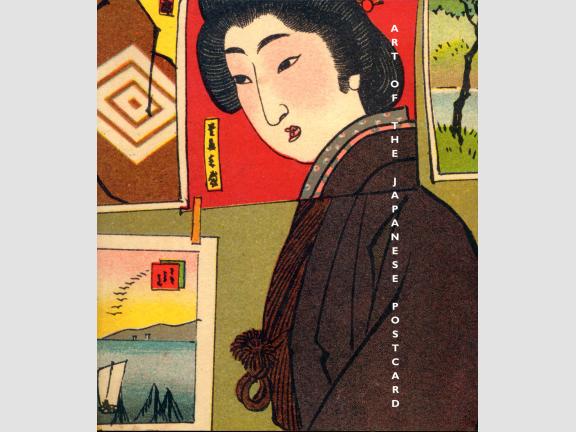 Art of the Japanese Postcard
Masterpieces from the Leonard A. Lauder Collection

More than casual mail pieces, Japanese postcards were often designed by prominent artists and had a visual impact that belied their modest format. Art...