The magnificent oak paneling of this period room dates from around 1700. It was originally installed in the dining room and long gallery of Hamilton Palace, a vast residence built by the dukes of Hamilton outside of Glasgow, Scotland. The house was made even larger by the tenth duke in the early 19th century. After serving as a naval hospital during World War I, Hamilton Palace was never occupied again. It fell into disrepair and was eventually demolished in the 1920s. This room, one of the grandest from the original house, was first installed at the MFA in 1928, dismantled during the construction of the adjacent Art of the Americas Wing, and reassembled in 2012. It features English silver made between 1670 and 1760 from the collection of Alan and Simone Hartman. 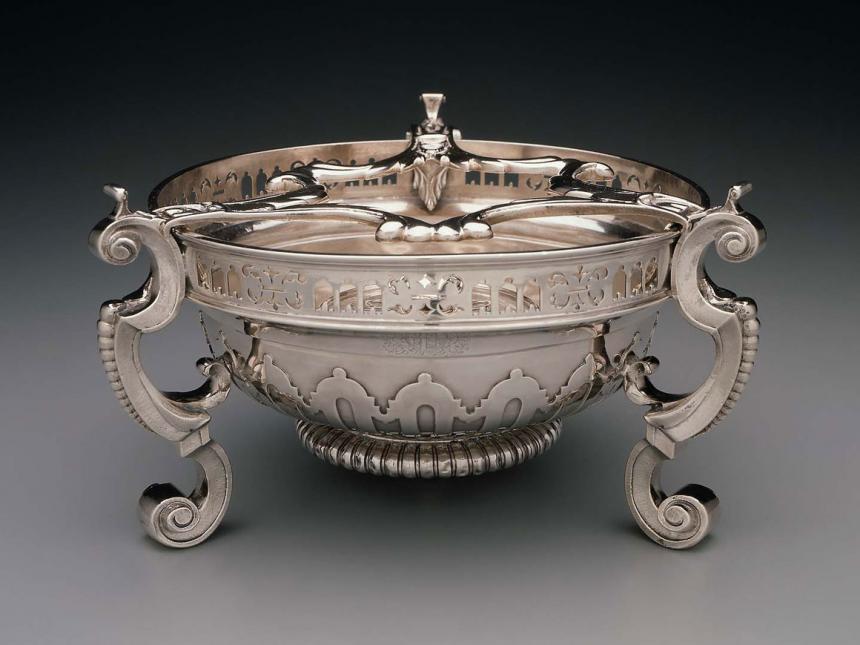