Sargent’s approach to watercolor was unconventional. Disregarding contemporary aesthetic standards that called for carefully delineated and composed landscapes filled with transparent washes, his confidently bold, dense strokes, loosely defined forms, and unexpected vantage points startled critics and fellow practitioners alike. One reviewer of an exhibition in London proclaimed him “an eagle in a dove-cote”; another called his work “swagger” watercolors. For Sargent, watercolors were not so much about swagger as about a renewed and liberated approach to painting. His vision became more personal and his works began to interconnect as he considered the way one image—often of friends or favorite places—enhanced another. Sargent chose to participate in only two major watercolor exhibitions in the United States during his lifetime, both at the urging of his friend and co-exhibitor Edward Darley Boit. The first, held in New York and Boston in 1909, was a sensation, and its entire contents was purchased by the Brooklyn Museum. The paintings exhibited in the equally acclaimed second show, in 1912, were scooped up by the Museum of Fine Arts, Boston. John Singer Sargent Watercolors reunites nearly one hundred works from these two collections for the first time. Together they trace Sargent’s path across Europe and the Middle East as he explored the subjects and themes that habitually attracted his attention: sunlight on stone, reclining figures, patterns of light and shadow. Lavishly illustrated and enhanced by biographical and technical essays, this publication introduces readers to the full sweep of Sargent’s accomplishments in this medium, in works that delight the eye as well as challenge our understanding of this prodigiously gifted artist. Exhibition Schedule: Brooklyn Museum 04/05/13 - 07/28/13 Museum of Fine Arts, Boston 10/13/2013 - 01/20/14 Museum of Fine Arts, Houston 03/02/2014 - 05/26/14

"The catalogue is eloquent, erudite, and free of the self-indulgent jargon that passes for art criticism today."

"....the essays [in John Singer Sargent Watercolors] expose the wide-ranging pictorial interests of this enterprising artist, captured in that most effervescent of media-watercolor. Highly Recommended."

"John Singer Sargent Watercolors...brilliantly breaks the scholarship into a multitude of shorter essays from a variety of experts and scholars, thus giving the reader a more varied and, of course, deeply researched explanation of the technical, social, artistic, historic, and commercial factors that went into Sargent's groundbreaking work in the medium of watercolor." 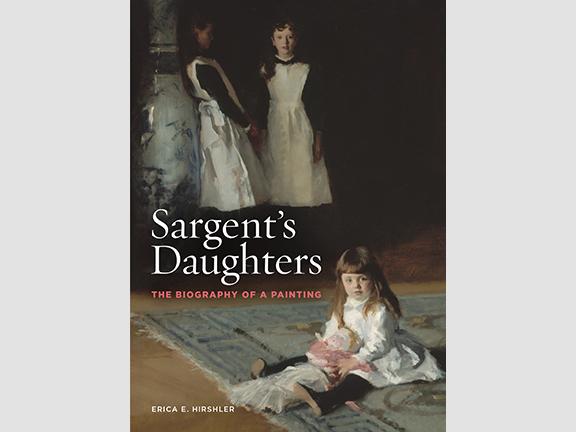 Sargent's Daughters
The Biography of a Painting

Henry James credited Sargent with a "knock-down insolence of talent" and few of his works demonstrate those skills as much as The Daughters of Edward...