Masonry experts assess the stability of the coffin bottom with ground-penetrating radar. This technique reveals potentially weak areas of the stones, such as internal voids and cracks, which are not detectable by visual examination of the surface. 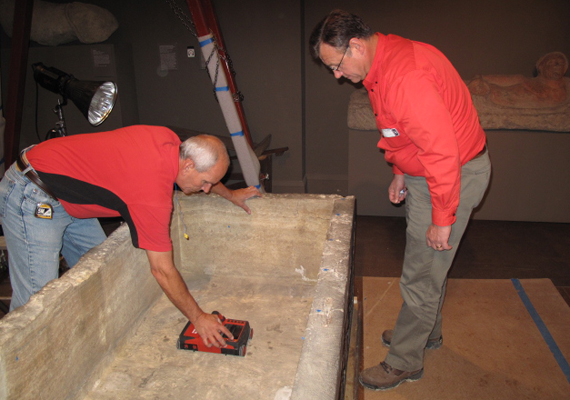 At the same time, conservators work to restore damaged areas of the stone with modern materials that can be easily removed. 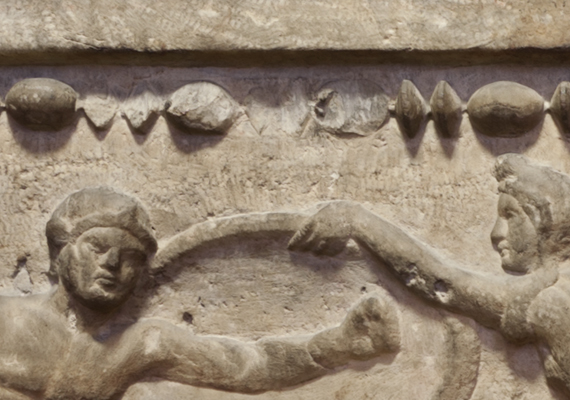 Below, the lost egg and dart molding is reconstructed with plaster, an acrylic resin, and dry pigments. Reconstructed areas are then inpainted to match the surrounding stone. 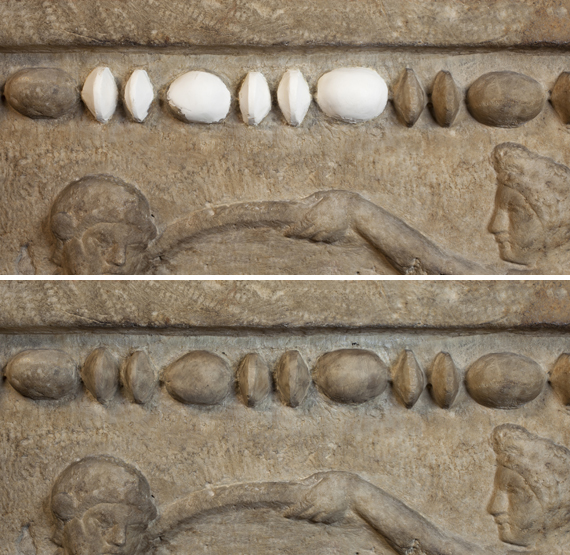 Cleaning of the stone continues. Utilizing steam and absorbent sponges, conservators remove accumulated soot and debris from the larger coffin. 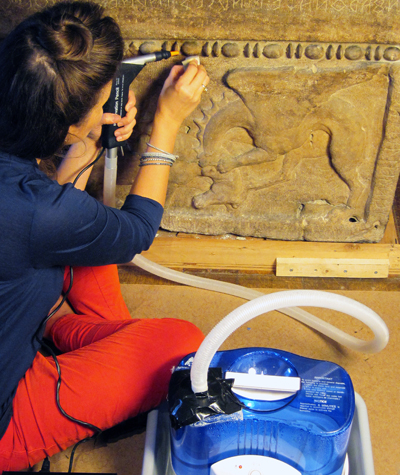 The decades of accumulated dirt and grime are also removed by applying a poultice made from Agar, a gelling agent derived from algae, mixed with an organic solvent mixture tailored to cut through the dirt. Here, the poultice, which resembles plain yogurt in color and consistency, is applied to the arm of the female figure. The gel dries overnight and is removed as a thin, clear film the next morning. 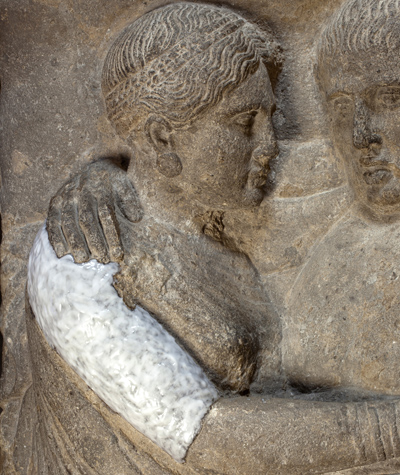 In some areas of the coffin, traditional methods are ineffective in reducing the tenacious dirt without causing harm to the soft stone surface. In such cases, a Nd:YAG (neodymium-doped yttrium aluminum garnet) laser is used to safely remove the ingrained dirt embedded deep within the porous network of the coffins. Below, laser specialist Edward Teppo (at left) assists in cleaning the lid of the larger coffin. 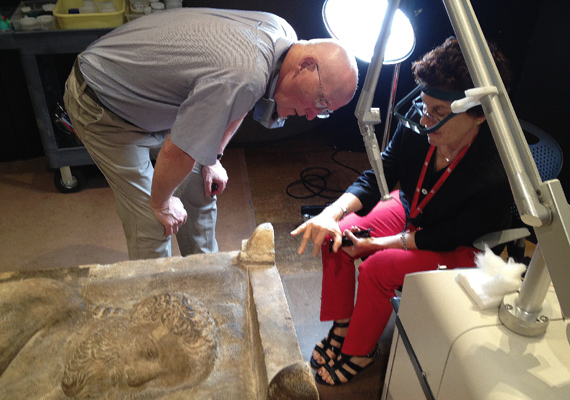 Technical examination also continues. Below, a handheld X-ray fluorescence (XRF) unit is employed to identify the mineral composition of original paints used by the Etruscans to decorate the surface of the coffins. 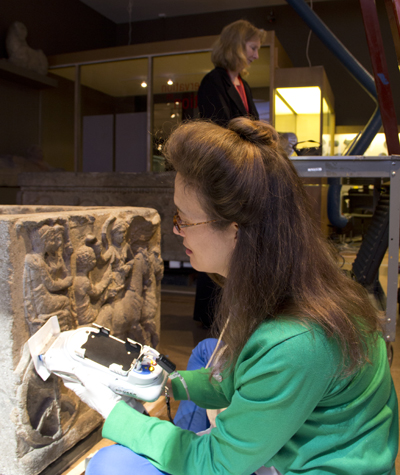 Faint remnants of a painted egg and dart border along the pediment of the lid to the larger coffin can be seen below. 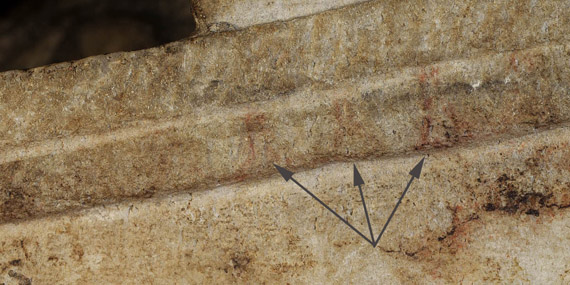 By overlaying images taken of the same area in visible light and infrared light, conservators determine that the border was comprised of pink "darts" with "eggs" executed in Egyptian blue and an alternating color which is now lost. In this VIL image (visible-induced luminescence), the bright white areas are evidence of Egyptian blue pigment.

Below is a reconstructive drawing of the lost egg and dart border.

Conservation engineers carry on with constructing custom mounts which will structurally support the lids and bases. The supports (detail of the custom hardware below) will ensure the safe handling and display of the coffins. 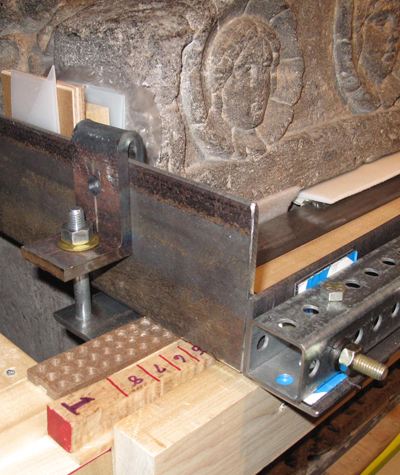